A discussion about a basic income 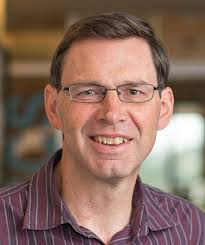 ↓ scroll down to buy tickets ↓

The CCPA-BC is proud to present, in partnership with the Vancouver School of Economics at UBC, the 2019 Annual Gideon Rosenbluth Memorial Lecture. David Green will discuss a “basic income” as a policy option for British Columbia.

In an era of high inequality, continuing poverty, homelessness and housing issues, and concerns about the impact of new technologies on work, there is an appetite for considering radical policy shifts. In that context, a basic income has received a lot of attention across the policy discussion spectrum. It has been promoted as a policy tool that can help eliminate poverty, and which can also play a central role in restructuring society and the role of labour within it.

The question this lecture will consider is, “Is it the right policy for BC now?”

David Green—a member of the BC government’s panel looking into a basic income—will first provide some background on trends in the economy that are related to the call for a basic income, and will describe the different forms a basic income will take, specify potential goals for it, and describe some of the cost and other practicalities. Following David’s talk we’ll hear some thoughts from members of different local communities about what a basic income in BC could mean, followed by a discussion with the audience about how they see a basic income—both its potential and its problems.

Advance ticket sales are now closed for this event. A limited number of tickets will be available at the door on a first come, first served basis. Tickets are $5, but no one will be turned away for lack of funds.

Gideon Rosenbluth was a long-time research associate with the Canadian Centre for Policy Alternatives and a highly respected member of the UBC economics department, and the economics community in Canada and around the world. His rigorous approach to scholarship and community involvement was guided by his commitment to social justice. Among his many roles, he was president of the Canadian Association of University Teachers and president of the Canadian Economics Association. In honour of Gideon, the CCPA and the Vancouver School of Economics at UBC are pleased to host the annual Gideon Rosenbluth Memorial Lecture.

WHEN
October 03, 2019 at 7pm - 9pm
WHERE
Library Square Conference Centre, Alice MacKay Room
350 W Georgia St
Vancouver, BC V6B 6B1
Canada
Google map and directions
ACCESSIBILITY
The lecture venue is wheelchair accessible.
Washrooms are wheelchair accessible but, unfortunately, are gendered.
LIVESTREAM
David Green’s talk will also be broadcast live on Facebook (you do not need a Facebook account to watch). To watch the livestream, simply bookmark our Facebook event page and be sure to visit on October 3 at 7:00 PM Pacific: https://facebook.com/events/2416632375093437/
CONTACT
Galen · · 604-801-5121 ext. 221